Most of the time headache is not associated with problems in the sinus’s but in this case the scan suggested that the headache may be coming from a bony mass which was in the frontal sinus.

The patient had a scan which showed the following: 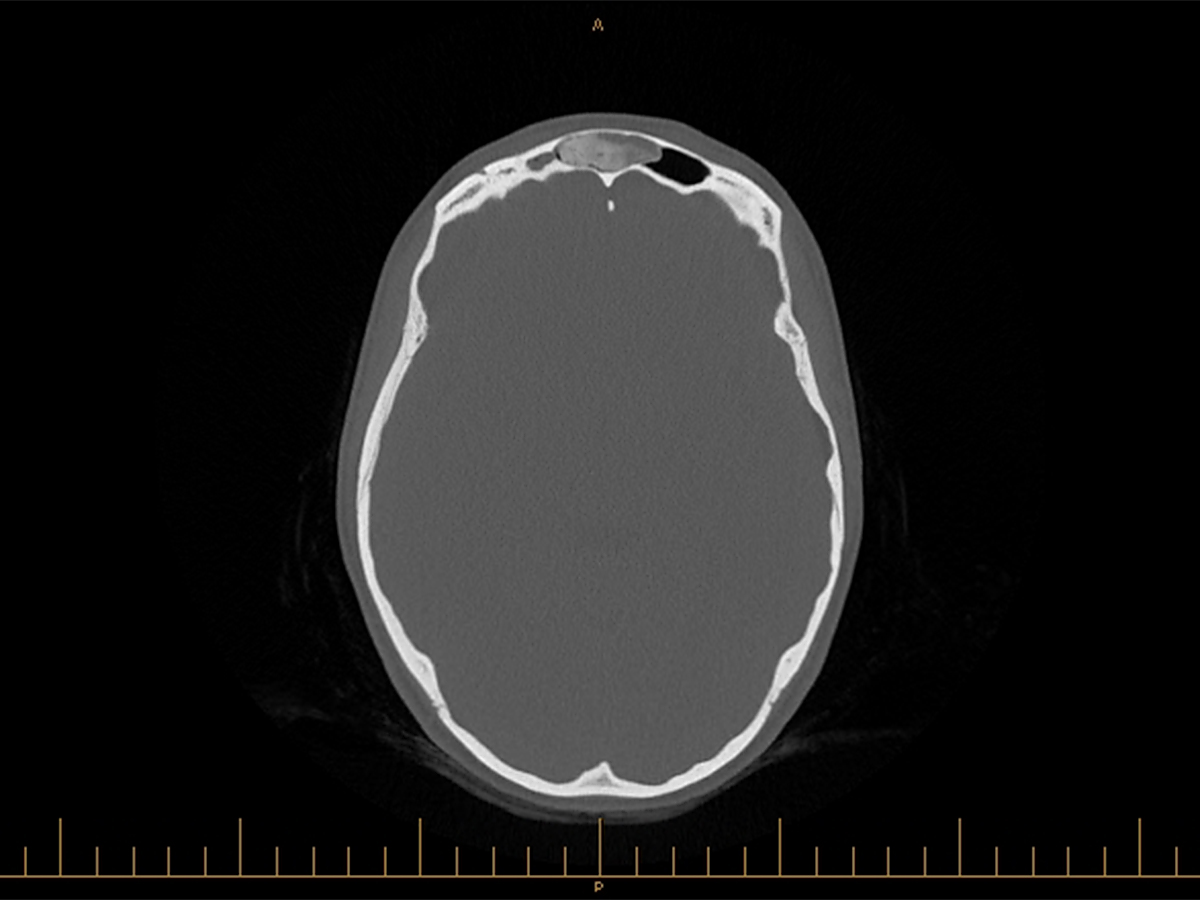 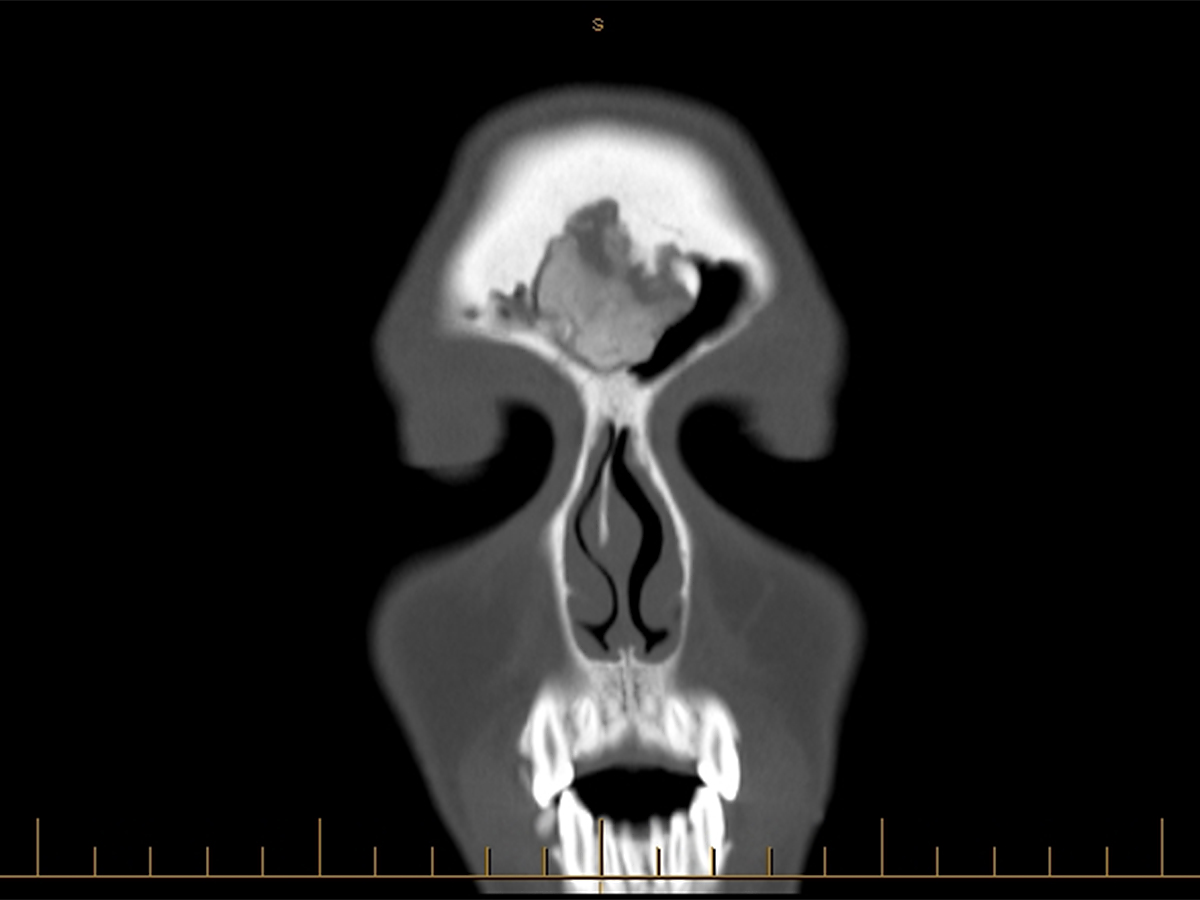 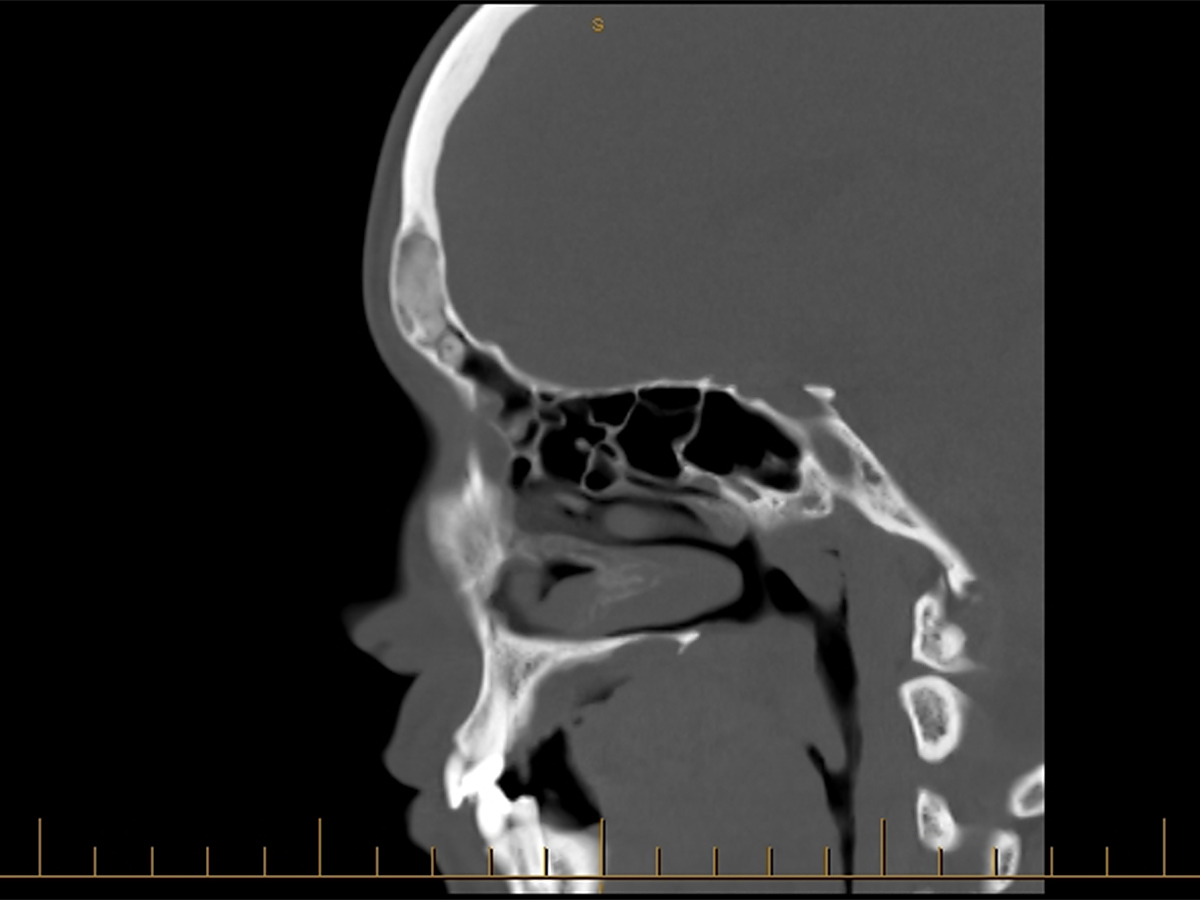 These 3 scans show a bony lesion in the frontal sinus. The frontal sinus is the sinus which is above your eyes. The site of this lesion corresponded with her headaches. There were also changes of thinning of the bone over the most anterior aspect of the frontal bone. Given these changes Dr Robinson decided that the bony lesion needed to be removed.

Removing a bony lesion like this one can be very difficult. The bone needs to be drilled out and doing this through the nose may not necessarily work due to the size of the lesion and the amount of bleeding which can occur. Given the size of this bony lesion Dr Robinson decided to do the operation via an osteoplastic flap. An osteoplastic flap involves making an incision over the top of the head and exposing the frontal sinus then removing the front plate of the frontal sinus and removing the lesion.

The following photos are photos taken intra operatively during the procedure. 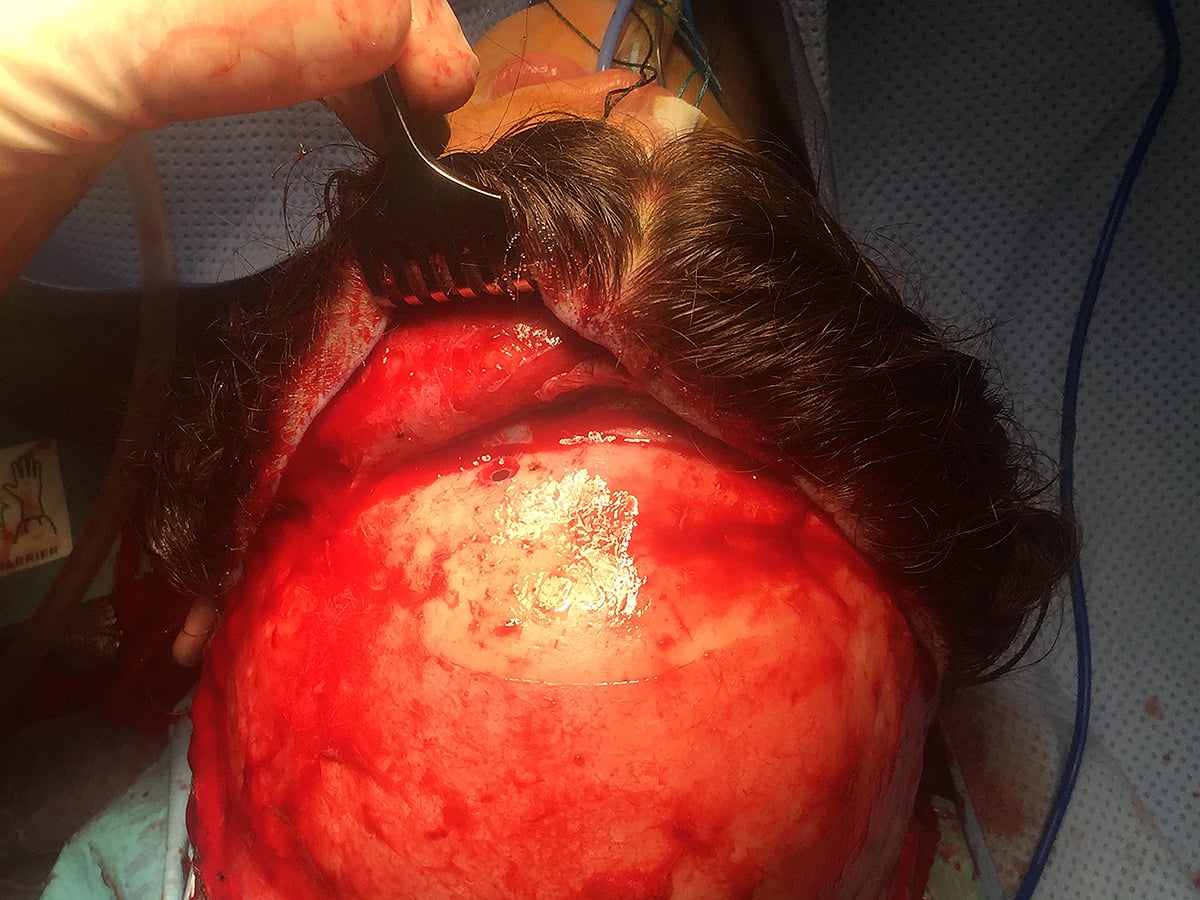 This photo shows the scalp having been taken forward and the first access drill hole into the frontal sinus being made. 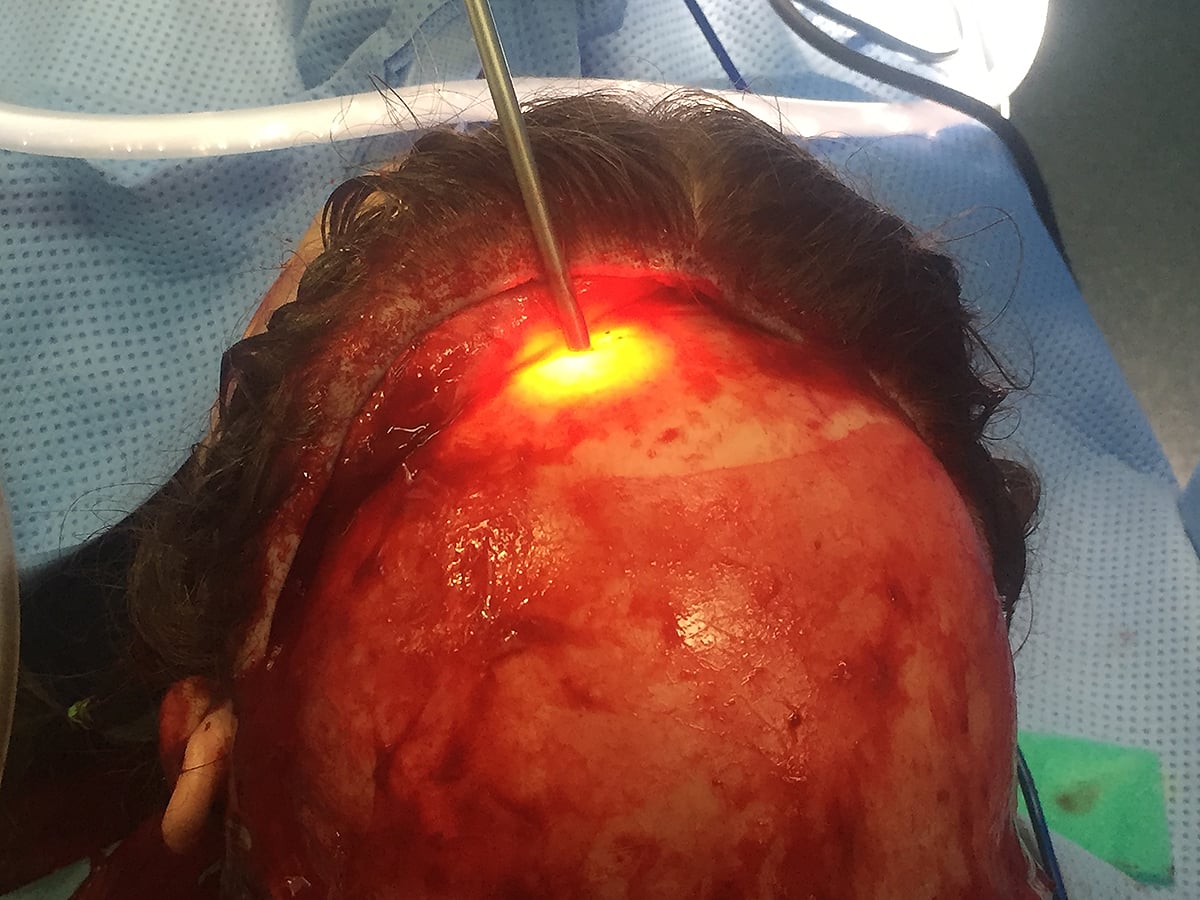 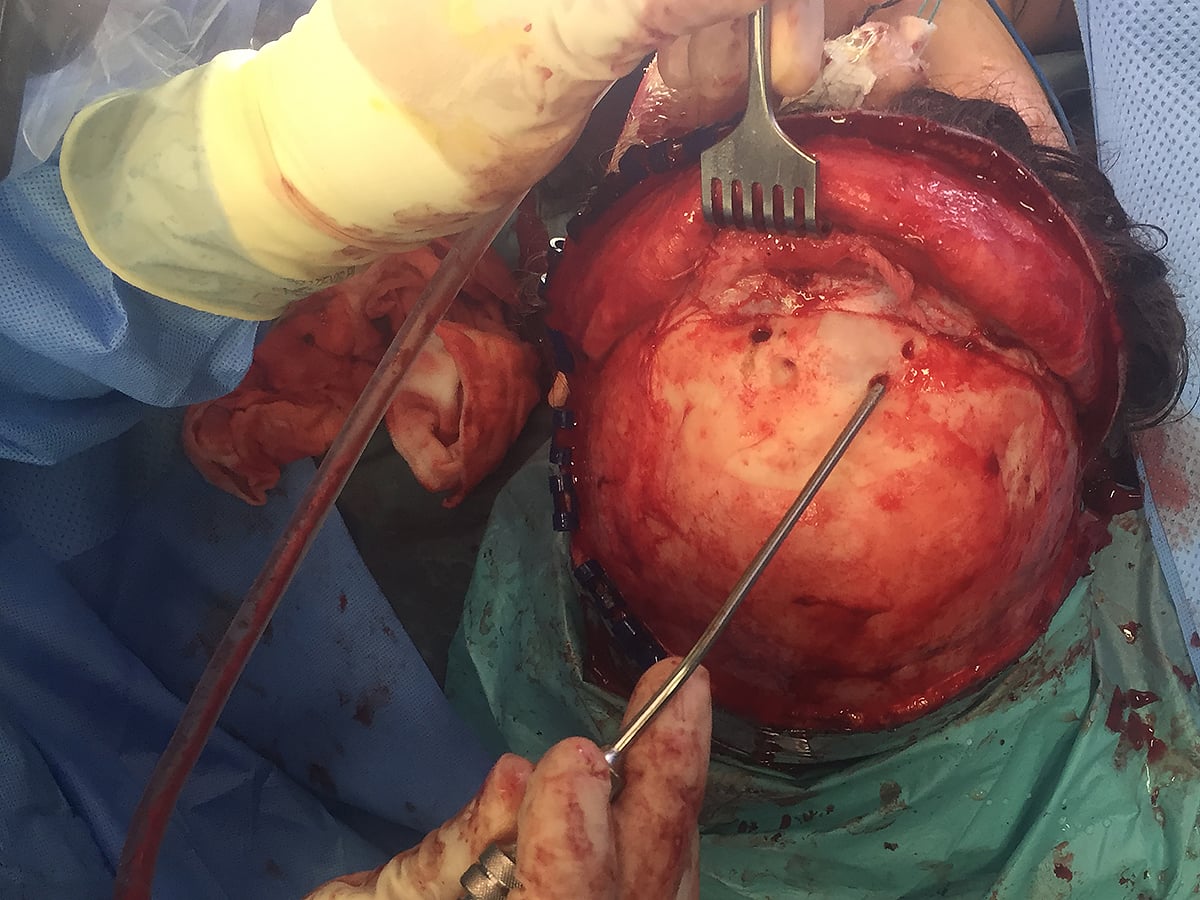 The sagittal saw cuts have been completed and Dr Robinson is using an elevator to remove the front part of the frontal sinus (anterior table). 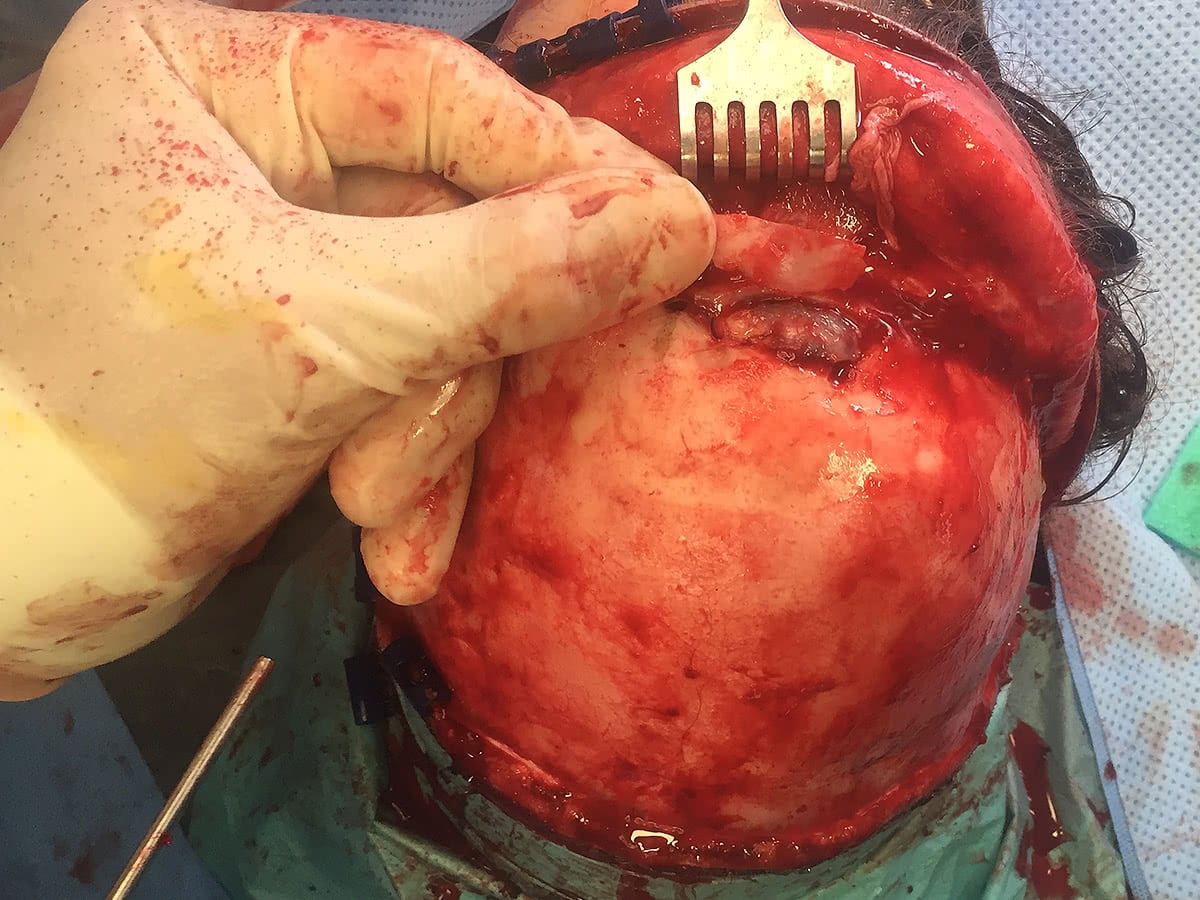 The tumour has been removed from the frontal sinus and the sinus is now clear. 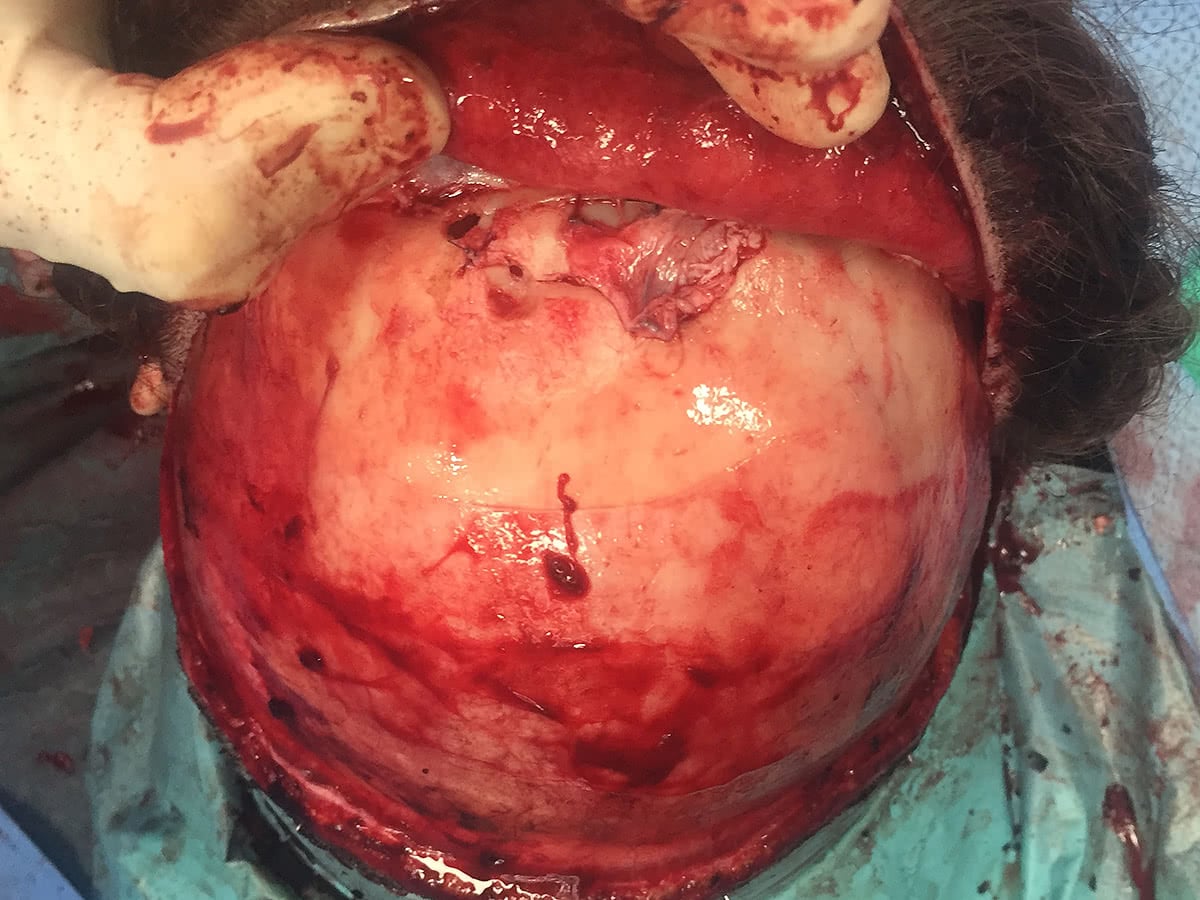 The bone flap has been replaced and a pericranial flap has also been placed over the top of the bone flap. The scalp was then sewn back in position.

The tumour was sent off for histology and this demonstrated an ossifying fibroma.

Post operatively the patient had a CT Scan of their sinus’s which demonstrated no further tumour and a widely aerated frontal sinus. The patients’ headache also resolved post operatively 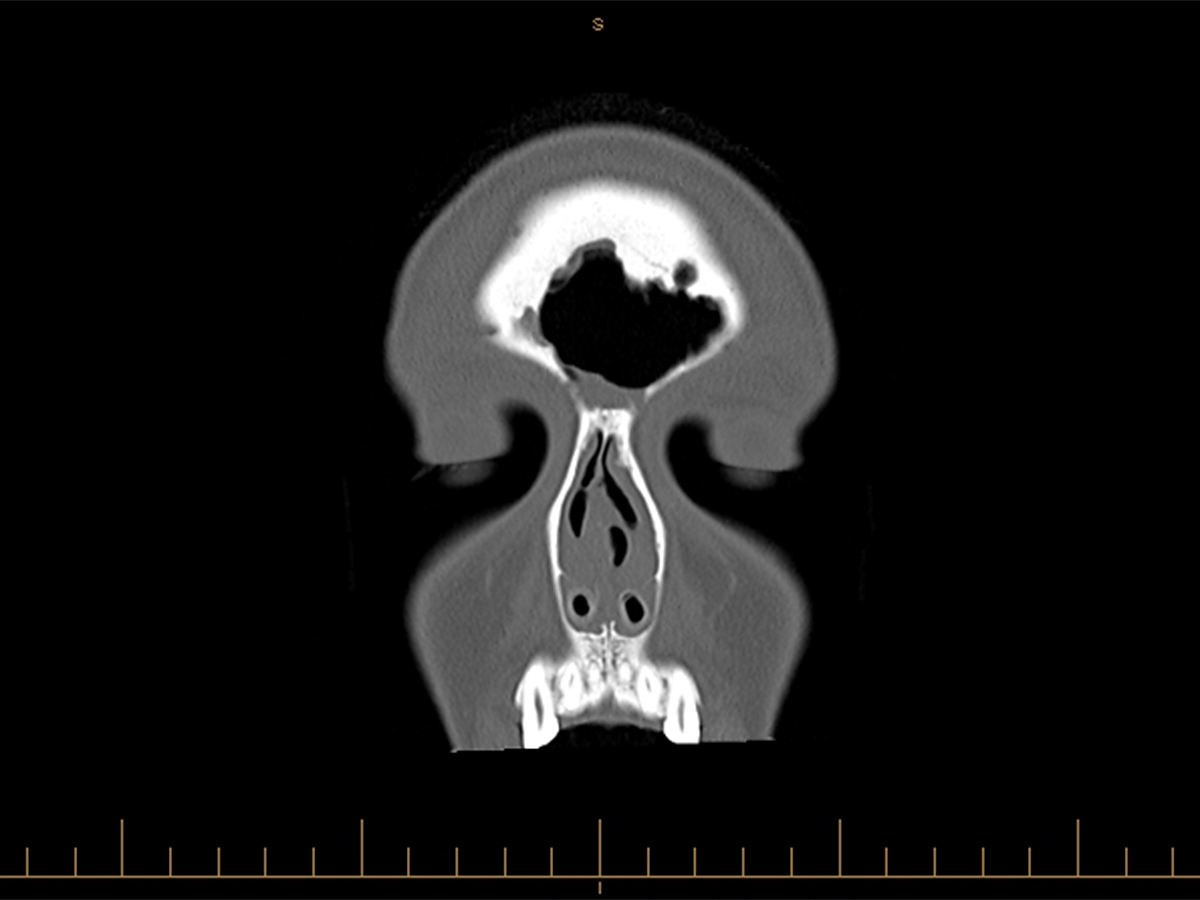